Don’t miss out on valuable news about the African American community delivered directly to your email inbox. By signing up, you agree to receive our daily newsletter. Use the unsubscribe link in those emails to opt out at any time.

The Sacramento Observer
The African American Online Source for California's Capital City
Aldon Thomas Stiles | California Black Media
(CBM) – Comic-Con was held in San Diego from Thursday July 21 through Sunday, July 24. Due to health concerns over the spread of COVID-19, there hasn’t been an in-person Comic-Con for two years.
This year, Black creators, publications and characters had a chance to shine on stage as they were the subject of a few tantalizing announcements.
Marvel announced that the “Blade” movie, starring two-time Oscar-winner Mahershala Ali – as the half-vampire daywalker who hunts down night creatures in the Marvel universe — will at last be released in November 2023.
DC Comic’s unveiled a brand-new trailer for “Black Adam” starring Dwayne Johnson as an antihero and supervillain who was a slave 5,000 years ago but awakens in modern times with God-like power. Also featured in the trailer is Aldis Hodge as Hawkman and Quintessa Swindell as Cyclone who, as members of the Justice Society, faceoff against Johnson’s character.
Also, Marvel showed footage of Jonathan Majors as the next big Marvel villain known as Kang the Conqueror, a man who sees himself as the rightful master of the world and Anthony Mackie’s Captain America movie received an official title:
“Captain America: New World Order.” It is expected to hit theatres in May 2024.
But the news that generated the most excitement was the release of the first trailer for Marvel’s “Black Panther: Wakanda Forever,” a sequel to the cultural phenomenon helmed by the Oakland-born director Ryan Coogler.
The director, during the movie’s Comic-Con panel, said that Wakanda Forever “goes to new places in Wakanda that we haven’t seen before.” The emotional trailer mourns the loss of its king, T’Challa and foreshadows that Wakanda will be forced to fight off outside world powers. The movie opens in U.S. theaters Nov. 11, 2022.
Both Panther movies are heavily influenced by the AfroFuturism movement which places Black culture at the center of fantastical stories.
During the first two days of Comic-Con, about a mile away, another type of pop culture convention hosted its fifth Black-centered event dedicated to the AfroFuturism movement.
Called “Freedom Riders for the Future: AfroFuturism Lounge,” and led by Dr. LaWana Richmond cofounder and organizer of the AfroFuturism Lounge, the gathering in partnership with Comic Con featured Black comic book and web creatives in a space to celebrate and foster Black comic book culture and Black futurist thought and industry opportunities.
AfroFuturism Lounge began in 2018, the same year the first “Black Panther” movie was released.
Richmond expressed excitement for the sequel, celebrating its inclusion of a fictional Aztec society led by sometimes hero and antihero Namor played by Mexican actor Tenoch Huerta.
“Understanding AfroFuturism is inclusive futurism, I am inspired by the decision to add our Latinx brothers and sisters to the fun,” said Richmond who also presented at a panel at Comic-Con called the “Independent Creators Summit” hosted by Los Angeles based illustrator, comic artist & publisher Robert Roach that showcased Black comic book creatives and Black comic book culture.
As a partnership with San Diego African American Museum of Fine Art, AfroFuturism Lounge brought in about 300 people.
“Attendees, many of whom are connecting for the first time since the pandemic, represent the emergence of a spectrum of Black-centered art, design, technology, thought leadership, science, writing, filmmaking, storytelling, music, health, and uncharted disciplines,” said Richmond.
Richmond reassured interested Black comic book enthusiasts that more events like this are on the way.
“As the leader of the San Diego Chapter of the Black Speculative Arts Movement, I assure you we will have much more up our sleeve before the year is over,” said Richmond.
One such event is coming up on Sept. 3 of this year by way of the second annual Afro Con, another two-day Black comic book convention.
Interested fans can find more information at AfroCon.net and BSAMSD.org.
Don’t miss out on valuable news about the African American community delivered directly to your email inbox. By subscribing, you agree to receive our daily newsletter. Use the unsubscribe link in those emails to opt out at any time. 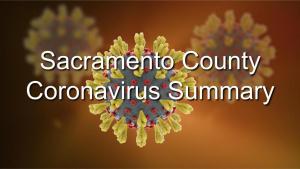 If you happened to be passing a small building on the corner of 21st and X streets, on November 1962, you may have heard the slow peck of a typewriter, or the chatter of a few dedicated individuals as they stuck stamps to the outside of an unusual 4-page newspaper.
Learn More
PICK UP YOUR PRINT EDITION HERE

Top 10 most watched streamers on Twitch in month of July